Larry Bates HollandLaurensMr. Larry Bates Holland of Laurens, SC, died on Saturday, October 28, 2017 at Laurens Memorial Hospital, after a brief illness. Mr. Holland was born in Honea Path, SC, on August 14, 1921, the son of Arthur Brown Holland, Sr. and Janie Ashley Holland. Mr. Holland was a member of the First Presbyterian Church in Laurens for over 60 years.He is survived by his sister, Jewel Shirley of Honea Path, his daughters, Dianne Galloway (Rut) of Easley, Shannon Holland of Ware Place, a son, Scott Holland (Janice) of Laurens, grandchildren, Bret Galloway (April) of Daniel Island, Heath Galloway (Sara) of Richmond Va., Cally Galloway (Rhem) of Greenville, Austin Taylor (Derek) of Greenville, Trent Holland (Ericka) of Mount Pleasant, great grandchildren, Wint Galloway, Holland Galloway, Syms Galloway, Sam Galloway, Hayden Taylor and Sadie Taylor.Mr. Holland was predeceased by his wife of 67 years, Norma Hendrix Holland, a great granddaughter, Holland Grace Taylor and all other members of his immediate family. Mr. Holland served in World War II as a member of the Army, Headquarters Company, Second Battalion, 311th Infantry. Along with his fellow solders he served in combat missions in France and Germany from November 17, 1944 until his unit's departure for the United States on January 8, 1946. His unit participated in the battles and campaigns of the Ardennes, Rhineland and Central Europe. He received the American Theater Service Medal, Europe-American Theater Service Medal with three Bronze Stars, Good Conduct Medal, Word War II Victory Medal and Distinguished Unit Badge.During his working career Mr. Holland was the owner of Holland Oil Company in Laurens, SC under both the Esso and Sinclair brand names. He later helped manage and operate the Holland Oil Company family business in Honea Path, SC.Mr. Holland, affectionately known as Jabby, was a loving husband, father, grandfather and great grandfather. His greatest pleasures were spending time with all his family and especially in his later years, with his grandchildren and great grandchildren. Throughout his life he loved outdoor activities with family, including camping, fishing, boating, trips to the beach, football games in general and Gamecock games in particular and of course his TV programs, Andy Griffith and Gunsmoke. He will long hold a special place in the hearts of all who knew and loved him.Visitation will be held at Kennedy Mortuary, Laurens, SC on Tuesday, October 31 from 3:00 PM to 5:00 PM. A Graveside Memorial Service conducted by Reverend Carol Byrd, will be held on Wednesday, November 1, 2:00 PM at Westview Memorial Park, Laurens, SC. The family will be at their respective homes. Condolences may be made to the family at www.thekennedymortuary.com. To send flowers or a memorial gift to the family of Larry Holland please visit our Sympathy Store.

To plant memorial trees or send flowers to the family in memory of Larry Holland, please visit our flower store.

Diane, I was very interested in reading about your father's World War II experiences which are so similar to my own father's. I was raised hearing him talk about the horrors of that war and many of his experiences. Later my family went to Europe together and he showed me specific locations where he had fought. We lived with heroes but did not understand fully why they were the greatest generation until we were older. So sorry about your loss and I pray for God's blessings on your family.Mary Lang Edwards

I am sorry to read about the passing of your loved one. May the comforting promises from God ease your pain during this difficult time. Isaiah 25:8 says "He will swallow up death forever, and....will wipe away the tears from all faces."

When your father was in thr Laurens County Hospital probably back in June I met his daughter in the elevator,and of course the name Holland rang a bell,and especially " Honea Path". Your father was a year older than my brother,Allen Knight,so they knew each other,and Your Aunt Pat was my friend.We lived over on the Augusta Road,but went to school in Honea Path.It was so good to re-connect even in ICU!!! Later during that time I also met Scott at the hospital.I told him that he was almost as good looking as his father!!! I treasure many memories of the HoneaPath Holland Family.Just happened to see your father's death and wanted to extend my deepest sympathy to you and your family. Mary Jean Knight Timmerman

Our love is with your family at this time.

Shannon, I am deeply sorry to hear about the loss of your dear father. As you grieve, know that we are remembering and honoring him. Margaret Sheppard Slaton

Scott, While we only met your dad on a few occasions, it was obvious from the many stories we heard from you and your family that he was a very, very special person. Rhonda and I have you in our prayers and thoughts and we send our love to your entire family. Sandy

Friends and Family uploaded 1 to the gallery. 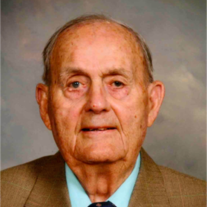